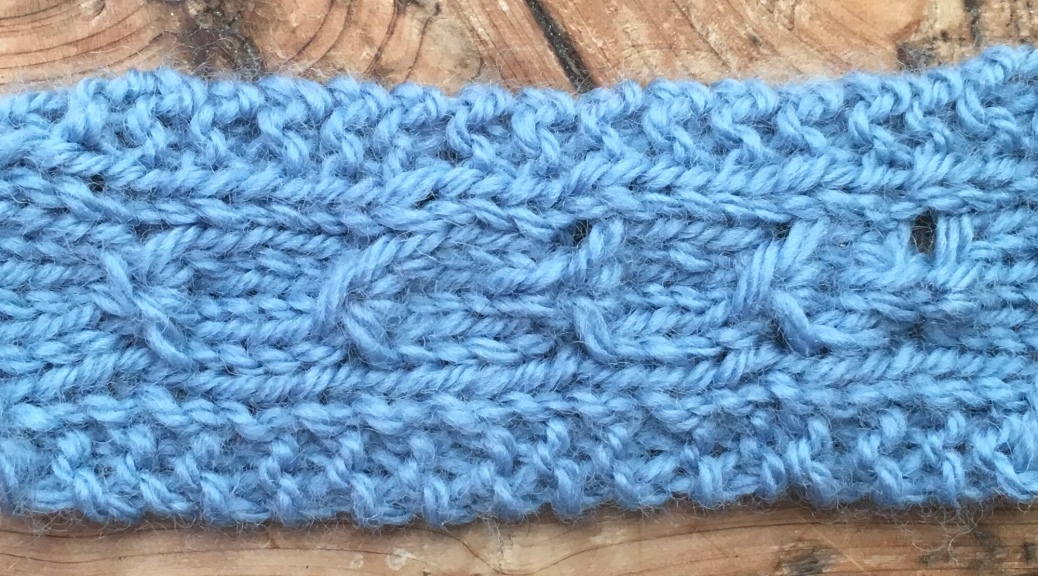 There’s a knitting stitch combination that I’ve seen called a gather, and I’ve mostly seen it in Estonian stitch patterns, though I’m guessing they get used elsewhere too. Essentially, they are a combination of a double decrease (or more) and a double increase (or more) happening at the same time.

But thinking of it as a decrease/increase started making my brain fizz.

There’s other kinds of double decreases, too: sssk, CDD, sk2p. What if I worked a KYOK in those? How would that look? So I knit a swatchlet as a starting point.

From left to right, these are 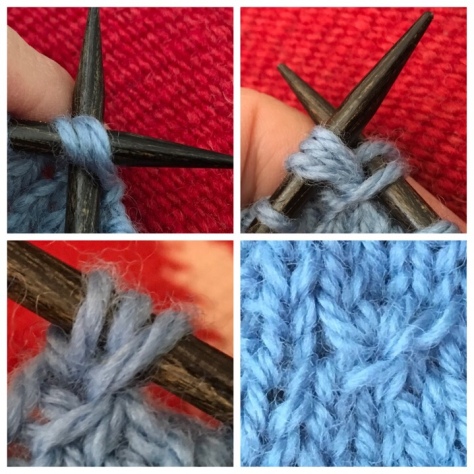 For number 2, I slipped each of the next three stitches as if to knit, then slipped them back to the left needle. I knit them together through the back loop without removing them from the needle, then I worked a yo and knit the same three together again. (Photo just shows the part where they’ve been slipped back, ready to be knit through the back loop.) This results in the mirror image of number 1, no great surprise. This could have its uses!

For number 3, I had to pause a moment, then I worked it out. First, slip 2 as if to knit them together, just like a regular CDD. Then I worked (k1, yo, k1) in the next stitch. Finally, I passed the two slipped stitches over the three new stitches. A little awkward (especially because I think I was using needles a smidge too small for my yarn), but perfectly possible. I like this result a lot, and think I could do something interesting with it.

Once I worked out 3, it wasn’t hard to figure out 4: slip 1 as if to knit, then I worked (k1, yo, k1) in the next two stitches together, then I passed the slipped stitch over. It’s not really visually different from 2, but maybe it will come in handy for something anyway. We’ll see!

While I was knitting plain rows after working the CDD version, I was thinking about how the KYOK works. While the maneuver is (k1, yo, k1), the yo doesn’t actually look like a yo. If you turn the fabric over and look at the other side, you can see that the yo is structurally identical to a knit stitch. I’m not going to talk about why in this post, though. Anyway, the inverse of (k1, yo, k1) is (p1, yo, p1). After looking at #3, I wondered if working a CDD with a PYOP instead of a KYOK would make something with more vertical symmetry.

The answer was yes. I really like this one and want to figure out where to use it. Stay tuned!

3 thoughts on “Gather together: permutations of a knitting stitch”